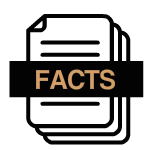 1.   According to Dr. Natasha Browne, a Toronto based psychologist, “A black man or woman experiencing a mental health challenge is more likely to hide it or delay seeking help over the fear of being shunned or labelled by the people around them.” – Arti Patel, 2015 – Huffpost

2.   According to the Canadian Mental Health Association, people who live in poverty are predisposed to mental illness, yet the 2006 census note that black Canadians maude up the third highest visible minority group living in poverty in Canada. – As quoted by Arti Patel, 2015 – Huffpost

3.   In any given year, 1 in 5 people in Canada will personally experience a mental health problem or illness and affects people of all ages, education, income levels, and cultures. – Canadian Mental Health Association

4.   A sense of belonging to a community is a predictor of lower psychological distress in immigrants. – As cited by Caron &amp; Lui, 2010

5.   Studies indicate that racialized immigrant populations and Indigenous populations have a higher prevalence of mental distress and/or risk of suicide than average Canadians. – Community of Interest for Racialized Populations and Mental Health and Addictions, 2009

6.   African Canadians are griped by an unfolding mental health crisis and a deep crisis of identity. Research indicates that Blacks access mental health services at a 50% late rate than any other group. – Norma Nicholson

7. According to Kevin Washington, Ph.D., president of the Association of Black Psychologists, “Race and racism both play a significant role in black people’s vulnerability to mental health distress and our reluctance to seek treatment. Sherri Williams, Ph.D., 2017

8. People who experience racial microaggressions—insults, invalidations, and interpersonal slights (subtle and often unintentional)—are more likely
to show symptoms of anxiety and depression, according to a 2014 Journal of Counseling &amp; Development study.

10. Black clients are more likely to continue therapy beyond the first few sessions when seeing a black therapist – africanamericantherapist.com

11. According to the Ontario Human Rights Commission, culture plays a huge role in determining how we identify and address mental health issues.